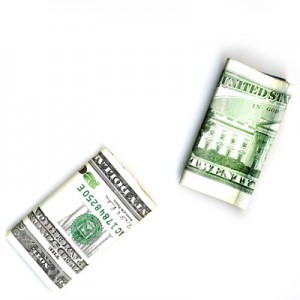 Never fund customer projects with your own money. It’s great advice that can be difficult to heed, especially during large, long-term engagements … but ignore it at your peril.

Running projects smoothly and on schedule does not automatically make them profitable, and those that are large and lengthy can be challenging to scope out properly. If you’re not set up for accurate job costing at the outset of a project, or if you’re under-billing for your services as the work progresses, you’re bleeding cash every day you’re on the job (or, worst case scenario, facing cash shortages that jeopardize being able to close out those jobs).

Inaccurate job costing and under-billing can be addressed by unifying your data into a real-time system that supports smart decisions and accurate, timely billing.

Beware of Inflated Gross Margin
Even if you are tightly managing projects from an operational perspective, it’s still possible they are not being properly managed financially. Inaccurate estimates of percentage complete, poor job costing, or not capturing change orders on projects can artificially inflate your stated gross margins.

These unapplied costs paint a false picture of profitability. Large projects that initially appear to have large margins can turn into break-even engagements or money losers because costs creep into the project long after they have been incurred, and sometimes after the project has been completed (at which point it is obviously way too late to do something about it). These types of systemic leaks in your processes and project accounting can quickly cripple or bankrupt a company that is in growth mode.

Forecasting and accounting for all costs that are relevant to the project is half of the battle; equally as important is applying them and charging the customer as soon as possible, including the net of all change orders.

If you are running multiple, large, long-term customer projects, all of which are under-billed, the unearned revenue can add up to significant un-invoiced amounts, drawn-out accounts receivables, and insufficient money in the bank.

To read more, including how poorly organized and outdated or unsynchronized data affect inaccurate job costing and under-billing, check out this article. -Solutions360