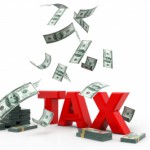 As the final quarter of the year approaches, it is important to start thinking about tax-saving strategies that may be implemented before year-end. Below is a list of some federal tax deductions and credits that businesses may take advantage of before year-end.

Deductions
Bonus Depreciation
Bonus depreciation (for years prior to 2014) and the expensing election enable you to deduct much of the entire cost of a capital asset in the year in which you acquire it. There are two important exceptions to the general rule that you can’t deduct the entire cost of a capital asset in the year you purchase it: (1) bonus depreciation (prior to 2014) and (2) the Code Sec. 179 expensing election. The option to claim bonus depreciation was also extended through the end of 2013 – but only at the 50% level. The 100% bonus depreciation available in 2010, 2011, and 2012 has vanished. And, after 2013, the 50% deduction vanishes as well. For tax years beginning after 2013, the annual dollar limit goes down to only $25,000, while the investment limitation will kick in at $200,000.

Code Sec. 179 Expensing
Expiration of the increased Sec. 179 deduction limits and expanded definition of Sec. 179 property. For tax years beginning after 2013, the increased Sec. 179 expense deduction limit and threshold amount before reduction in limitation will no longer apply. Also, the definition of Sec. 179 property will no longer include certain qualified real property. Unlike bonus depreciation, Sec. 179 applies to new and used property.

Mileage Rates
The business standard mileage rate fell to 56 cents per mile, down from 56.5 cents in 2013.

Research Tax Credit
The expenditures of research and development (R&D) are generally capital expenses. However, you can choose to deduct these expenditures as current business expenses. You may use one of the two following methods of accounting for R&D expenditures:

You must charge to a capital account any R&D expenditures that you do not deduct currently, nor defer, and amortize. You may claim the R&D credit against tax for certain qualified R&D expenditures, and combine the credit as one of the components of the general business credit. The R&D credit is a nonrefundable tax credit.

Small Employer Health Insurance Credit
For tax years beginning in 2014 or later, there are changes to the credit:

Disclaimer
The information contained herein is general in nature and is subject to change. NSCA guarantees neither the accuracy nor completeness of any information and is not responsible for any errors or omissions, or for results obtained by others as a result of reliance upon such information. NSCA assumes no obligation to inform the reader of any changes in tax laws or other factors that could affect information contained herein.This presentation does not,and is not intended to, provide legal, tax or accounting advice, and readers should consult their tax advisors concerning the application of tax laws to their particular situations.

Disclosure
This analysis is not tax advice and is not intended or written to be used, and cannot be used, for purposes of avoiding tax penalties that maybe imposed on any taxpayer.