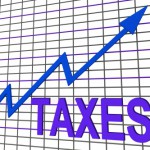 We’ve been talking a lot about taxes lately. Next week, the federal government threatens a second shut-down, proving that Congress still cannot be effective in putting aside political differences.

On Tuesday, Dec. 2, rumors that, even within the Republican party, there were 30-40 votes that could de-rail the compromise to keep the government running through next September. This also opens the door for the Democrats to either join in the opposition, or put aside polarizing actions, further dividing Congress.

Last week, President Obama threatened to veto a bill the Senate had collectively worked on between Senate Democratic and House Republican leadership. This effort would have provided the extensions for two years, and make permanent certain business tax breaks in some cases.

However, it did include permanent extensions of the earned income tax or child credit tax. Other groups also opposed the proposed bill due to its lack of revenue and more freedom to reduce tax rates and cut spending in the future.

On Tuesday, the House proposed H.R. 5771 the Tax Increase Prevention Act. This bill would extend more than four dozen “tax extenders” benefiting both individuals and businesses as detailed here. In summary, this bill provides a one-year extension of these provisions.

If this effort is not passed prior to Dec. 11, a temporary, three-month extension would fund the government through March, but cause the new Congress to focus on government spending, an exhausted topic for many.

Stay tuned – if this effort does not pass, it may cost your business in 2015.