The Importance of Teaching Soft Skills in Internships

Lisa Miller, marketing and product manager at RoomReady, took advantage of the Ignite Pilot Internship Program this past summer. She recently spoke with me about the challenges (and rewards) of hosting three interns – and, honestly, what she said took me a bit by surprise. 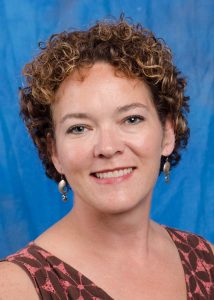 RoomReady hosted three interns in three different fields – programming, software development, and graphic design. Each came with varying levels of experience, two straight out of high school. She’s managed interns in the past while in previous positions but, with a background mainly in consumer marketing, supervising interns in the B2B world was a whole new beast.

“We didn’t have just a general sales or marketing intern – we had very task-oriented interns,” says Miller. “They were very heads-down deep into whatever project they were working on – whether it was an engineering drawing, designing a marketing piece, or writing code. And if you think about the audiovisual industry as a whole, so many people are in those task-oriented roles. They’re experts in the technical aspect of the job.”

She goes on to explain that the soft skills required in the direct-to-customer world don’t necessarily translate to the business-to-business world of systems integration. It’s not that soft skills are less important in our industry. But, because the technical aspects of integration firms are so critical, sometimes soft skills end up taking a back seat.

“I think that, sometimes, when we bring on an intern, we tend to treat them like a new employee,” says Miller. “You just think they’re going to know what to do. But they don’t.”

Think about when you start a new job with a new company. It takes you two to three months just to find your bearings: how to connect to the printer, find office supplies, etc. Now add into the mix the fact that you’ve never really worked in a professional setting before. All of this is amplified with an intern. Supervisors have to keep all of this in perspective. Miller gives us a great example.

“There are two different ways you can employ programmers and designers: time and materials or full time. Basically, hourly versus salary – things an intern wouldn’t understand.”

When one of the RoomReady interns would just head home for the day after saying he’d gotten as far as he could for the day, his supervisor decided to try an experiment to help him understand the “work-until-this-is-done” concept. For a few weeks, he was paid his hourly rate to complete whatever he could get done in eight hours. Then, he was paid for completed projects. If he had to work longer, he had to work longer – but, if he got it done in four hours, he could go home.

“I think it really opened his eyes. It’s no different than how we quote projects, right? If we quote labor on an install and one little thing gets hung up, it changes the profitability of the project. Ultimately, I think it was a really good experience for him – and he did take to it really quickly.”

It was even more eye opening for Miller and her colleagues. How could he not know he needed to stay? It seems like common sense. But, for him – like most interns – he just didn’t know. They don’t know what they don’t know. We have to teach them basic skills.

We can’t just assume they know the basics. Instead of berating their lack of soft skills, help them. Teach them the tribal knowledge and skills they need to be successful.

One way of doing this is to follow the Ignite internship method. In the initial onboarding process, teach them about the integration business. As Miller mentioned above, we tend to focus on the task at hand, not the bigger picture. Explain how an integration company works – the flow of a project from beginning to end. Talk about what a project lifecycle looks like – who touches what at what point. If they don’t understand how sales works with engineering or programming works with installation – when and where that connection happens – how can we expect them to understand their own role within the organization?

Considering how much NSCA hears from members who don’t have enough technical talent in the industry, it was a surprise to hear Miller talk about the lack of soft skills. Not once did she even bring up the need to provide technical training. And at the end of the summer, she hired one intern on a part-time basis through the school year and expects the other to return next summer for a full-time position. If you’re looking for some new blood, take advice from Miller and her team at RoomReady: Don’t forget to train for soft skills!