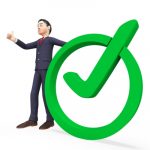 On Oct. 24, 2017, after a year-long effort led by NSCA, the Security Industry Association (SIA), the Consumer Technology Association (CTA), and many other trade associations that serve the electronic systems industry, Congress presented to President Donald Trump a bill to enact the Power and Security Systems (PASS) Act (S. 190).

This bill provides an important provision that is critical to the operation of security and fire alarm systems in regard to federal energy-efficiency requirements.

The PASS Act extends a U.S. Department of Energy policy that exempts security and life-safety external power supplies (EPSs) from having to meet a “no-load mode” energy-efficiency standard (due to the fact that they’re always connected and in active mode by design).

The new law removes the July 1, 2017, expiration date on the no-load exemption for security and life-safety products, and authorizes the U.S. Department of Energy to retain this common-sense provision in any future updates to energy-efficiency standards that govern external power supplies.

The Energy Independence and Security Act of 2007 (EISA) required improved energy efficiency for battery chargers and external power supplies (EPSs) while operating in certain modes, including standby and no-load modes (when a charger is plugged into the wall but disconnected from the device, still consuming power).

Longstanding product and installation standards for fire alarm, carbon monoxide, intrusion detection, and related sensors ensure that these devices are constantly powered so that they can detect and monitor 24/7. Because EPSs designed for use in these systems are always connected, and they are not manufactured with a no-load mode.

A coalition of industry groups secured an exemption for security and life-safety power supplies, which was signed into law in 2011 after an extensive process to properly scope the exemption and make the case to lawmakers for enactment. The authors included a five-year sunset provision, a common way of ensuring a review by Congress of new policies set forth in legislation before becoming permanent.

Power-supply manufacturers claimed this exemption through the process of certifying qualifying products with the U.S. Department of Energy. As the July 1, 2017, expiration approached, the need for maintaining this security and life-safety exemption was very clear from technology and policy standpoints. Nothing had changed in system design that would allow life-safety systems to operate in no-load mode, and, importantly, no energy savings would result because systems operate only in active mode.

Without the exemption, security manufacturers would be forced to redesign power supplies and retool manufacturing processes, needlessly increasing production costs by 200 to 300 percent, according to industry estimates – this would affect not only manufacturers, but also the entire value chain.

Making the PASS Act Law
This issue is a great example of why industry engagement on public-policy issues is so critical. In our democratic system of government, straightforward solutions to even the simplest of problems do not get enacted automatically – they require citizens and policymakers to work together through procedures that provide full consideration and debate (which can be time consuming without a guaranteed outcome).

Since 2016, the PASS Act was considered on three separate occasions by the U.S. House of Representatives before becoming law on Nov. 2, 2017.

Ultimately, adoption of the PASS Act required many calls and meetings on Capitol Hill, many hours of discussion on policy details, and diligent engagement by individuals across many trade associations, congressional offices, federal agencies, and testimonies from NSCA member companies.

Passing the bill would not have been possible without the bipartisan leadership of the bill’s sponsors: Senators Cory Gardner, R-CO, and Maria Cantwell, D-WA, as well as Representatives Peter Welch, D-VT, and Susan Brooks, R-IN.

PASS and PASS: Coexisting in Harmony
In 2014, NSCA and SIA formed an organization that is also called PASS (the Partner Alliance for Safer Schools). This effort is gaining momentum, and systems integrators and school administrators throughout the country are using these security and life-safety guidelines as a model to build out their security technology roadmaps.

The PASS Act mentioned above provides much-needed certainty to the manufacturers, installers, and service providers that work in the security industry – but, ultimately, it benefits the millions of Americans, including our nation’s schools, who depend on security and life-safety.

We’re grateful for the common sense and cooperation of legislators and several partnering associations and alliances that offered a unified voice of reason throughout this ongoing concern. In the end, a rational and logical decision was reached, which allows our industry to move forward.