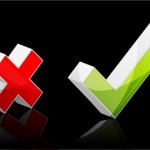 When bidding for jobs, licensed contractors factor in such things as insurance, worker’s compensation policies, taxes, and permits. But unlicensed contractors don’t typically have these costs, which can give them a significant bidding advantage over their licensed competition. The industry effects have been enormous: According to the Department of Consumer Affairs in California, unlicensed activity contributes $160 billion to the “underground economy.”

Stopping Illegal Business Practices
State contractor boards have teamed with police and other investigative units to step up efforts in local communities and shut down illegal activity. Using sting operations and undercover investigations, unlicensed contractors are enticed into bidding opportunities, and then arrested.

In California, 161 people were arrested in a statewide sting where officials posed as business professionals with a possible “business opportunity” for unsuspecting contractors.

In Florida, 30 people were arrested, fined, and issued Cease & Desist orders after the Jacksonville Police Department set up a decoy building and obtained estimates for roofing, electrical, and plumbing work.

State courts are also getting involved to back up licensed contractors. In New Mexico, a huge legal victory occurred when the state supreme court ruled that contractors are no longer allowed to hire unlicensed subcontractors as “employees” working under their license.

The impact of unlicensed activity on legitimate businesses has been far-reaching. As a result, numerous efforts within the industry have been made to promote education and prevention. Most state contracting boards now have websites, toll-free numbers, and educational programs aimed at preventing and reporting unlicensed contractors.

Becoming state-certified may appear only as a means to stay on the right side of the law, but state licensing requirements and regulations extend beyond bureaucratic red tape. Insurance and worker’s compensation polices protect against lawsuits while safeguarding personal and business assets.

In addition to monetary issues, state licensing requirements are essential to maintaining integrity within the industry. Lack of proper regulation, code enforcement, and permitting can lead to safety issues, which may ultimately lead to serious injury or death.  -Dawn R. Johnson, API Processing – Licensing