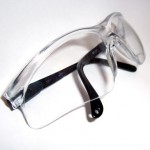 On Aug. 14, 2014, OSHA announced that it was extending the comment period on its proposed “Improve Tracking of Workplace Injuries and Illnesses” rule by an additional 60 days.

This additional time is meant to facilitate comments received during a public meeting, where business groups and stakeholders expressed concern that employers may under-record employees’ injuries and illnesses by implementing policies to encourage the lack of reporting.

Despite the fact that workplace injuries and illnesses have declined since 1994, both funding and the number of OSHA inspections continue to increase each year.

NSCA signed onto original comments submitted by the Coalition for Workplace Safety with these key points arguing why increased reporting is not necessary:

Fundamentally, this proposal will do nothing to improve workplace safety, while causing significant harm to employers through the public disclosure of information and data that has long been protected (and which employers go to great lengths to keep from being released into the public domain). As a result, the CWS and its members urge OSHA to withdraw this proposal.

Do you have additional comments that you would like to make regarding this proposed rule? Visit the Coalition for Workplace Safety or this rule summary for more information on the rule and to submit comments.

View the comments submitted by NSCA and the Coalition for Workplace Safety here: CWS Comments on OSHA Injury and Illness Electronic Reporting Rule