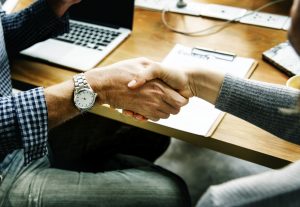 Non-compete agreements come up often in our industry – especially with the workforce shortages we all face. But are they worth the effort? And who should sign them?

First, let’s be clear on what a non-compete agreement is: A contract between an employer and employee stating that the employee will not work for the employer’s competitors for a certain amount of time after the employee leaves. The agreement may include protection of trade secrets as well as restrictions on where that employee can work after they leave.

In some states, non-compete agreements aren’t permitted (like North Dakota, California, and Oklahoma, for example). In other states, trade secrets are typically protected but not the work restrictions (because this may interfere with someone’s ability to work and make a living).

Non-compete agreements are typically seen at the manager, director, or leadership level – not among skilled workers, installers, and technicians.

In many cases, a non-solicitation agreement can be just as valuable – or better – than a non-compete agreement. In cases where an employee leaves your organization, these documents prevent him or her from soliciting clients they worked with while at your organization. They’re allowed to work in the same industry and same geographic area, but they have to leave the intellectual property they gained from your organization behind (including proprietary information, customer lists, product information, project information, etc.).

When your employees sign a non-solicitation agreement, it’s important they understand that, while employed for you, everything they do is for the benefit of your company. If they choose to leave, that information must be returned to the company.

Training agreements are something else you may want to consider, especially with your skilled workforce. Before any type of training or certification process begins, a training agreement can be signed by both parties to ensure that, if you pay for training and the employee chooses to leave after gaining this new knowledge, you can expect to be reimbursed for a portion or all of the training investment you made.

Need help creating these documents for your workforce? NSCA members have access to the Essentials Online Library, which includes templates for these agreements that you can customize to make your own.