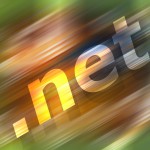 Dictionary.com defines net neutrality as “the concept that broadband Internet service providers (ISPs) should provide nondiscriminatory access to Internet content, platforms, etc., and should not manipulate the transfer of data regardless of its source or destination.”

That about sums it up – so what’s with all the hubbub? Why is this such a hot-button issue, and what does it all mean?

We’ve outlined some key points on both sides of this argument below. NSCA wants to make sure our members have the information they need to make their own decisions. The more informed you are, the better equipped you are to defend your position and take action.

In 2014, the issue of net neutrality hit the mainstream, with the FCC in the hot seat about its authority to enforce rules that prevent ISPs from preferring companies that transmit data over the internet.

In response, the FCC proposed new rules that would create an internet “fast lane” (Cains, 2015) for any company willing to pay for it. But here’s where it gets tricky. Proponents of net neutrality are not in favor of this “fast lane”; they fear it will eventually lead to censorship and price increases.

Those who are against net neutrality fear that innovation will suffer, and are also concerned about a bandwidth shortage. Below are some key points to both sides so you can decide for yourself: