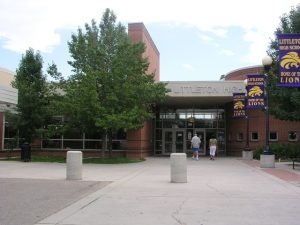 It’s always nice to be recognized – and Littleton Public Schools in Colorado, which is an endorser of the Partner Alliance for Safer Schools (PASS) K-12 program, was recently honored by Security Technology Executive and Security Dealer & Integrator magazines, SecurityInfoWatch.com, and Secured Cities for having one of the five most innovative integrated deployments in the security industry and public-safety sector. Littleton Public Schools’ security project received a Gold Award of Excellence for the Campus Security sector in the 2016 Security Innovation Awards.

Using the PASS tiers as the basis for security technology deployment according to each building’s risk assessment and CPTED scores, Littleton Public Schools completed a huge, district-wide security system. The new system oversees and coordinates security for approximately 15,000 students and staff at 28 school and administrative buildings.

The funds for this project were given to the district after a fatal shooting occurred at its Arapahoe High School in 2013. But Guy Grace, security director at Littleton Public Schools, encourages people to use the PASS guidelines and seek funding before tragedy strikes in their district.

The district’s security system is currently one of the most advanced systems used in any U.S. school district, including access control, closed-circuit television systems (CCTV), and various intruder-detection systems. Each school’s systems connect to a seamless, district-wide networked security management system monitored 24/7 by district security officers. Security components are fully integrated at each school.

Proximity card readers at designated entrances, and security cameras on the building exterior, provide accountability for who comes into the building and serve as crime deterrents. Through integration with the access-control system, surveillance cameras provide access accountability during and after regular business hours. Littleton Public Schools has a total of 1,400 cameras, and Grace says they use the video footage every day for situations ranging from student discipline and vandalism issues to suspicious incidents. He estimates that proper camera placement and video quality have brought vandalism down by 75%.

In addition to providing detection of unauthorized entry, the district’s security system addresses key control, vandalism, and emergency planning issues so it has documentation on who accesses school buildings.

“The PASS program’s core recommendations played a big part in why our project made this list,” says Grace. To learn more about PASS, visit www.passk12.org.  -Chuck Wilson, NSCA Executive Director