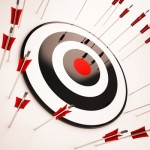 I asked a new friend of mine today what he did for a living. His answer: “I make mistakes for a living.” When you think about it, anyone who owns a business has a track record of making mistakes. Anyone who works in a self-directed occupation does the same. Mistakes, when not repeated, are how we learn and improve – without them, we would seldom change.

Here a few examples of mistakes I’ve made …

Hiring
I’ve employed people with a reasonable doubt that they will fit into the existing company culture. I used to think that this wasn’t as important as technical skills, but I’ve changed my mind over the years. I was wrong.

Stereotyping
I used to think that all Millennials were lazy and untrainable, which was a mistake. I now realize they just have different priorities; in many cases, they’ll work their tails off if they’re interested and motivated to do so. I used to think that their blank stares were related to intelligence, but now I wonder if my message was simply of no interest to them.

Writing
I wish I could go back in time and learn to write good (or well?). I thought engineers and technologists could bypass that skill, and work with hardware and software to design technical solutions where creative or business writing would never be of value. I was so wrong.

Onboarding
We have to make the first six weeks a special time for each and every person we add to a company. It’s getting worse rather than better with busy schedules, as those who train and cross-train new hires often leave the new employees to fend for themselves. Sure, they might learn a task or two, but they don’t feel like they are valued or important enough when we ditch them to put out yet another fire.

Meetings
Imagine how many meetings we’ve called that have produced no tangible results. Being prepared for a meeting is a skill and a career builder; wasting time is a mistake, and we learn that as we age. I work hard to slow time down.

Reports
Just like meetings, imagine how many reports we’ve run – and no decisions were ever made as a result. I have a new philosophy with reports, rules, and policies: If we decide we need a new one, we should eliminate two obsolete ones.

Try this: Give some public recognition to a self-directed staff member who made an honest mistake that he or she thought would help the company or the client. You’ll find that this creates a more positive workplace and helps build confidence in the key people you want to help be better decision-makers.  –Chuck Wilson, NSCA