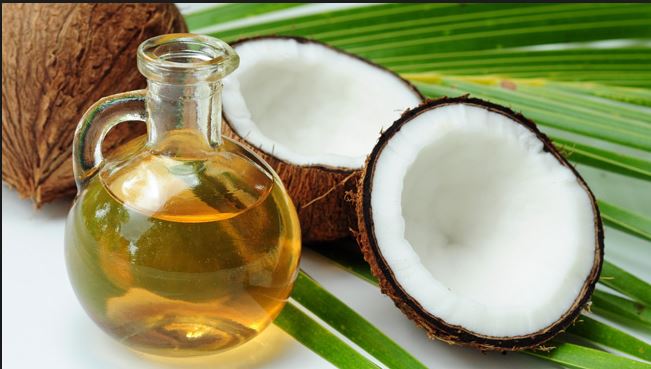 Coconut oil is a cure-all? Not exactly.

If your nutrition sources are primarily websites, blogs or social media, much of what you’re reading may be misleading, inaccurate and potentially even harmful to your health. Here are four popular Internet-driven nutrition myths you can stop believing now.

Myth: Coconut Oil is a Cure-All

Fact: Coconut oil is the latest miracle food. If you believe popular wellness websites, it’s good for just about everything – from making your teeth whiter, skin more luminous and hair shinier to boosting your brain and bone health and treatment for yeast infections. (Huh?!) However, according to the Food and Drug Administration, which recently sent a stern warning to a marketer of coconut oil over the brand’s misleading and unsubstantiated health and nutrition claims, coconut oil isn’t all it’s cracked up to be.

According to registered dietitian Sonya Angelone, a spokesperson for the Academy of Nutrition and Dietetics, “Coconut oil’s health benefits are often credited to the medium-chain triglycerides it provides.” However, coconut oil actually contains very little – about 10 to 15 percent of all of its fat is the beneficial short-chain MCTs that contain no more than 10 carbon molecules, Angelone adds. While the major saturated fat in coconut oil is lauric acid (a 12-carbon molecule), there is insufficient published scientific evidence to suggest lauric acid provides any meaningful health benefits.

Coconut oil is more than 90 percent saturated fat. Butter, a distant second, is about 65 percent saturated fat. And like all fats, it’s also high in calories, weighing in at 120 calories per tablespoon. Using coconut oil when cooking Thai dishes and others recipes that call for the tropical oil won’t harm your health, but adding coconut oil to your diet probably won’t improve it, either.

Fact: Research shows that about one-third of U.S. adults are trying to cut down on or avoid products containing gluten, according to the NPD Group. As a result, gluten-free foods are flying off supermarket shelves. While the majority of gluten-avoiders have no medical diagnosis that suggests that they can’t digest gluten, they simply believe “gluten-free” foods are healthier than their gluten-containing counterparts.

What’s more, “gluten-free” versions of many foods aren’t necessarily more nutritious. Many are high in calories, added sugars and saturated fat, so it’s easy to exceed your calorie budget. “Often, the term ‘gluten-free’ is used on processed foods formulated using refined gluten -free grains such as rice, potato, quinoa and tapioca,” Angelone says. “They often contain a significant amount of sugar and aren’t rich in nutrients or fiber.”

A healthier approach to living a gluten-free lifestyle is to focus on wholesome foods that are naturally free of gluten – including fruits, vegetables and lean proteins such as seafood, poultry and low-fat dairy.

Fact: While some observational studies have reported that people who drink diet beverages are more likely to be overweight, those types of studies only show associations and can’t prove that diet beverages cause weight gain. Obesity researchers suggest results from observational studies need to consider that people who are overweight use more “diet” foods and beverages to help them lose weight, compared to normal-weight individuals.

Results from two human clinical trials (which are considered the gold-standard for quality research and can be used to show cause-and-effect relationships) show weight loss benefits of diet beverages. In a 12-week study published in the journal Obesity, subjects who drank diet beverages lost, on average, 13 pounds, compared to 9 pounds lost among the water-only drinkers. The researchers also found that the diet beverage drinkers reported feeling less hungry, despite both groups following the same calorie-controlled diet regimen. Another study reported in the American Journal of Clinical Nutrition found subjects who drank diet soda or water were more than twice as likely to lose more than 5 percent of their body weight in a six-month study. So, if you’re trying to cut calories to lose weight, and you want to enjoy a diet beverage, you don’t have to worry that it will derail your efforts.

Fact: If you Google “saturated fat myth,” you’ll get more than 250,000 links that highlight the “shocking” news that new data show we were wrong to recommend limiting saturated fat. However, before you start adding bacon to your burger and coconut oil to your coffee, this debate is far from over.

There’s a lot of conflicting information about saturated fats, and whether or not they’re harmful to your heart, thanks to a couple reports in established journals like the Annals of Internal Medicine. These suggest diets high in saturated fat may not be that bad after all. But as numerous researchers have now pointed out, these studies have several major limitations with results that have been misinterpreted. According to the Harvard School of Public Health, reducing saturated fats can improve heart health if saturated fat is replaced with mono and polyunsaturated fats, but not when it’s replaced with refined carbohydrates. For example, diets low in saturated fat but high in added sugars and refined carbs may increase, not decrease, risk for heart disease.

Based on results from numerous randomized controlled clinical trials, the American Heart Association recommends no more than 7 percent of total calories from saturated fats or 140 calories for a 2,000-calorie reference diet. To meet that recommendation, eat fewer full-fat dairy products, limit fat-rich meats and use oils that are low in saturated fat and high in monos and polys such as canola, safflower or sunflower. Canola oil can also be used in place of butter or shortening when baking to reduce saturated fat without affecting the texture of flavor. The AHA also recommends limiting added sugars to no more than 6 teaspoons (100 calories) per day for women and 9 (150 calories) for men.

Upton, J. (March 11, 2015). Healthy eating myths: how many have you fallen for? Pulled from www.health.usnews.com