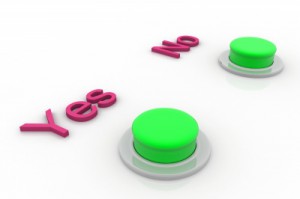 Last week, a sweeping takeover by Republicans has led to a Republican Congress and a Democratic President in his final two years in office – often referred to as the “Lame Duck” session.

While many business owners are pleased with the outcome, what does this truly mean? What can possibly get accomplished? And what policies will be put in place by following the path it was meant to take (or just be made law by executive order)?

A corporate tax overhaul has been in the works for several years, but with several key members taking new positions within the administration or retiring, that effort died out. After last week, both sides of the aisle have said that this is an area where common ground can be found. However, there are other issues surrounding revenue that would greatly impact outcome. Additionally, neither party has a plan to protect small businesses in a corporate tax overhaul.

Common Ground: Corporate tax rate is too high; the need to raise revenue to provide equality and improve competition

Of important note, related to taxes are the expired tax breaks that have yet to be extended. Several key tax breaks expired as of Dec. 31, 2013:

This summer, both the House and Senate debated legislation to pass the corporate tax breaks (House) and individual tax breaks (Senate).

The House passed bills that would extend these tax breaks. While the hope was to make this permanent, Democrats were pushing for ways to pay for these tax breaks before they would make them permanent. These important tax breaks are awaiting the next tax extension bill. The question remains: Will the current Congress end strong, reinstate these breaks, and continue its reign as least productive Congress? Or will the new Congress repeat last year’s effort and reinstate these breaks more than a year after they expired?

Immigration will also come into play. Many of these issues surround labor concerns and costs, job creation, and regulations.

New congressional leadership has stated that they will review all regulatory efforts currently in progress.