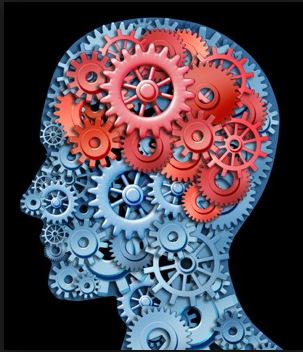 If only Alan Turing was alive today.

He would have enjoyed the acclaim of the movie about his life, The Imitation Game, and the great public interest around his role in helping to end WWII, the beginnings of the modern computer and the test for artificial intelligence that bears his name.

Turing would have been able to share the thrill, as Stephen Hawking did while still alive, in the making of the movie of his life, The Theory of Everything — a film that dramatically places Hawking in the pantheon of great modern theorists.

And he would have delighted in the artful and challenging, Ex Machina a movie set in the near future which uses the Turing Test as a starting point for an exploration of artificial intelligence and what it means to be human.

The movie title is taken from the Latin phrase, Deus ex machina or God out of the machine — a reference to a Greek theatrical device whereby a god is lowered on a mechanical crane to resolve a conflict or problem the clueless humans can’t solve. Interestingly, while removing the god from the title of the movie, man’s god-like ambitions are on full display in this modern day drama.

The action is set in a remote and wildly beautiful hideaway of Nathan, the fabulously wealthy founder of the world’s most dominant search engine, Blue Book. The fact that billionaire Larry Page, the co-founder of Google, describes his company as being in the business of AI or artificial intelligence is, perhaps, not entirely coincidental. The film opens with a Blue Book employee, Caleb, being flown out to his boss’s lair having “won” a chance to spend a week with the great man.

Caleb quickly learns that he is actually there to be the human tester of an AI, named Ava, that Nathan has created. The “Ava Sessions” are scrutinized via CCTV which blankets the compound and Caleb gets to work interrogating his subject.

In the test that Turing imagined, a computer would be deemed to have artificial intelligence if it could exhibit intelligent behavior and give responses that were indistinguishable from that of a human. The tester would be placed in a room separate from the computer, so there would be no visual cues as to who or what was responding.

Ava, however, is fully visible to Caleb and he can clearly see that she is a robot. Her midriff is transparent — you can see right through her — exposing her cogs and wires. But she possesses an angelic face (provided by actress Alicia Vikander) and her intelligence (and beauty) is immediately apparent. She draws Caleb into a flirtatious and conspiratorial series of conversations and, not unlike in the movie, Her, the male protagonist becomes smitten with the machine he’s interacting with.

Mid way through the film, and with Ava’s intelligence beyond a doubt, Caleb and Nathan move past what Turing was testing to debate a much deeper question: Does Ava have consciousness? And if so, is it true or simulated consciousness? She appears to be self-aware, manipulative, able to crack jokes, and doesn’t hide her sexuality.

Of course, their discussion begs a much harder question: What exactly is consciousness and are we humans the only ones who can or who ever will possess it?

This is a question that has vexed philosophers for millennia. And recently, the Australian philosopher, David Chalmers has named it “The Hard Problem” of consciousness. There’s even a play by Tom Stoppoard running at the National Theatre in London by that name. It’s a debate being taken up not just by philosophers and psychologists, but also neuro-scientists, AI researchers, ethicists and the religious. Is consciousness another word for “soul”? And, if so, can a robot have one?

For Alex Garland, writer and director of Ex Machina, it’s only a matter of when, not if we create artificial intelligence — a view shared by many others including Elon Musk, the aforementioned Stephen Hawking, and Bill Gates himself. These three have spoken out about the potential dangers of AI spelling doom for humanity. Others question whether intelligent and/or conscious machines will have rights and whether unplugging them will be tantamount to murder.

Well, there’s plenty of mayhem to go round in the concluding scenes of the film. This will either unnerve or encourage you, depending on your view of human’s place in the universe. What the humanoid robot Ava proves is that if you can combine artificial intelligence with emotional intelligence, the world’s your oyster.

I wonder if Turing would have approved?