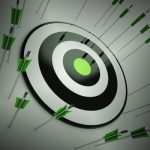 Fortunately, the vast majority of NSCA members own or operate systems integration businesses that are doing well; however, a handful of others no longer have a company to own or manage. They got caught up in what I call the “death spiral.” With their permission, we’re sharing their stories – although each source will remain anonymous – with the hope these things never happen to you.

Each person had a unique situation to face, and he or she didn’t identify what had to be done early enough to correct the problem.

Each story was each written by the person who experienced it. All six people I approached with this idea agreed without hesitation to share their accounts with other NSCA members that may be in – or close to – the “death spiral.” Each of these stories is very different, but the results are all pretty much the same.

Integrator #1
Our company got caught up in regional bidding wars. Before we really knew what was happening, we experienced a major cash-flow problem during a year with record sales. We had landed six jobs that were each over $1 million. We celebrated like crazy until we discovered that we had to buy the equipment and pay for it in advance of the billing and collection cycle. Our bank of 20+ years bailed, leaving us with almost no room on the line of credit, which essentially shut us down. We couldn’t deliver and had to forfeit our bid bonds on several of these projects.

Lesson Learned: We certainly should have known better. My advice is to keep in close contact with lenders or finance companies that can facilitate large purchase order financing. Our egos led us down a bad path and right into the death spiral. We didn’t know it until the bank shut us down.

Integrator #2
We bit off way more than we could chew on a very large government project. Before we really understood the severity of the many problems associated with this project, we found ourselves faced with a decision to perform, default, or tap into personal assets saved for retirement. As it turned out, we defaulted and tapped our savings due to personal guarantees. Our biggest mistake was placing way too much trust in a very large general contractor that, as we found out later, has taken down dozens of subs.

Lesson Learned: We had at least five people (including NSCA) suggest that we should walk away from this project because it represented more than 30% of our historic annual revenue. We didn’t, and it cost us our company and the retirement we had all planned for ourselves.

Integrator #3
We were led down primrose path by a manufacturer and consultant that teamed up on a project and selected us as the preferred vendor. What we didn’t know: Several others had passed on this prestigious project that we convinced ourselves would one day be the feather in our cap to launch the integration business. It’s now three years later; to this day, the owner has never accepted the system as installed or paid anything toward it. I had to bail out as I could no longer afford to defend myself, having already spent over $50,000 out of pocket in legal fees.

Lesson Learned: I will never, ever place the fate of a business in the hands of others who have no vested stake in a project of this size. If I could do it over, I would insist on shared risk or walk away. I would still own a successful business today if I had done either of those things.

Integrator #4
Looking back, I see that my company failed as a result of my own stupidity. We had a great niche business going until I decided we should get bigger. I felt that I was the smartest guy in the entire industry, and I was sadly mistaken. That was the start of my problem, actually; I thought our technical chops alone could make the business run. But, as I reflect upon the mistakes we made in inaccurate reports, underbidding, giving away our expertise, late billing, taxes, slow collections, and signing bad contracts, that couldn’t be further from the truth. When it came to time and money management, we were lost. I feel awful when I think of the bills that didn’t get paid and the payroll obligations I couldn’t meet. I let so many people down.

Lesson Learned: I should have hired a business manager right away. My background in engineered systems and design didn’t prepare me at all for the business challenges that confronted me. I would suggest that others learn from my naive approach to business. Don’t wait for the chain and padlock on the doors like we did.

Integrator #5
Our demise started in 2009, which was several years before we recognized the hole we were digging for ourselves. The “death spiral” was masked by our own belief that we would come out of this recession stronger than ever; we had lined up plenty of work. Unfortunately, the projects we started winning had something go wrong on each of them. Mostly, it was our underbidding of labor. We convinced ourselves that we were better, faster, and smarter in everything we did; therefore, we consistently underbid jobs to win them. As it turned out, the only thing we did on a consistent basis was underbid hours. We ignored the labor surveys, the financial reports, and the benchmarks, and instead created our own metrics for success. In hindsight, we entered the spiral the day we started believing our own hype. Excessive labor costs and unbilled hours sunk this company.

Lesson Learned: The biggest lesson I learned was to not let my pride and competitive nature get in the way of sound business practices. We had access to the information, resources, and knowledge that could have made a huge difference in how this turned out – yet we didn’t use it. I will always regret that.

Integrator #6
Our spiral occurred over a several-year stretch. Two principal issues contributed to our eventual demise. One issue was the types of projects we undertook (specifically large-scale municipal transportation projects). On the surface, these projects appeared to be very lucrative and beneficial for our reputation. In reality, they were extraordinarily complicated: excessive administrative time, funds administration through the bonding company, dense documentation and submittal requirements, and, of course, most debilitating was our inability to receive timely payments for work completed or materials stored. This delay in payment had nothing to do with the quality or timeliness of our work, but with vendor performance complications, severe construction delays, and even Mother Nature. A natural disaster made a huge physical impact on mass transit systems. A project originally slated for a two-year completion stretched into more than five years! Cash flow from the project was virtually stalled. Eventually, the vendors turn off the spigot and you can’t buy gear for new jobs; the spiral continues until you can’t fund your business from project cash flow. To compensate, you go deep on the credit line and start to deplete your retirement. The second issue we faced was our employees. If you have producers who stop producing, you need to be religious about understanding why – and turning them around. You can’t afford to keep them on your payroll if they continue to lack productivity. The sooner you let them go, the better.

Lesson Learned: Stay with “what you know and do best,” and balance your work to maintain a positive cash flow if possible. When things start going bad – read the signs and make immediate changes.

Closing Thoughts
Knowing these companies, I can tell you that none suffered from a lack of technical savvy. Some were known as the best integration companies in their local markets. The quality of work was never a problem. They always got the job done no matter the price they quoted or the hours that were underbid.

We tell these stories to help others take measures to avoid the death spiral before they get in too deep. NSCA has the benchmarks and resources to identify companies in trouble – all you have to do is admit that there may be a problem and then ask us for help.  –Chuck Wilson, NSCA Executive Director