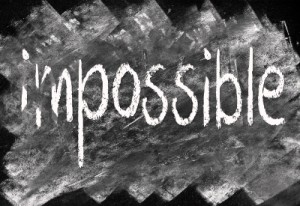 The world isn’t short on new ideas. We’re short on people who can execute. Why do entrepreneurs, idea generators, and change makers stop short of bringing their ideas to life?

Good ideas fail due to lack of activity. With the presence of a large board of directors and very diverse stakeholders – all of which have some say in the future direction of the organization – you can become paralyzed by attempts to gain consensus.

It’s vital to have passionate people on your team. But they may be holding on to a set of beliefs or assumptions about what the organization should look like in the future. They’re anchored in the practices and processes of the past. Leaders need to take the reins in driving activity and overcoming that inertia.

You may think that fear is the No. 1 reason for failed ideas. Fear can be a good thing; that’s where risk management comes from. But it is a pendulum – it shouldn’t be only on one or the other side. Reckless activity consistently supported with no evidence is a bad idea, but inactivity from over-contemplation can be just as dangerous. Get clear on your value proposition, get your team aligned behind it, and then move – even if you don’t have all the answers. Action creates the clarity you’re looking for.

The compulsion to be everything to everyone is natural, especially in the beginning when you’re so full of ideas and possibilities. Combined with the eagerness to see your customer base grow, suddenly the offer has become so broad that no one knows what you do. You end up cutting yourself off from the market instead of growing.

Getting sharp in the beginning will earn you the trust of the market, which will, in turn, create more opportunities. Done right, getting narrow early gives you the ability to go broad later.   –Peter Sheahan, 2013 BLC Keynote Speaker