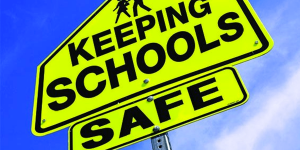 Passage of the Consolidated Appropriations Act 2018, which included legislation known as the STOP School Violence Act, will authorize nearly $1 billion for matching grant programs through the U.S. Department of Justice (DOJ) through 2028.

For the systems integration industry, this legislation restores federal grant assistance specifically for school security equipment and technology by providing a 10-year reauthorization for what were previously known as Secure Our Schools (SOS) grants – with significantly expanded funding and allowable uses. No funding has been available since FY2011. The new law restores (and more than doubles) funding for this program.

As NSCA members working with local school districts know, the primary challenge in implementing better security measures in K-12 schools is not a lack of prioritization by school administrators – it’s the resources available. As educators and communities across the country are moving forward to address technology and safety deficiencies, funding from Congress will help close those gaps faster.

Funding is a Major Priority
Restoring federal funding has been a major priority for NSCA and its supporting partners. The goal is to overcome the absence of modern, effective security infrastructure in many of our nation’s schools – particularly in the aftermath of the attack on Sandy Hook Elementary in 2012, where the lack of several basic security features played an enabling role.

NSCA joined many allied organizations in supporting the creation of the Congressional School Safety Caucus in 2015, and efforts by members of the caucus to restore this grant assistance through legislation like HR.1636, the School Safety Act, and numerous appropriations requests for the program led by Representatives Rick Larsen, D-WA, Susan Brooks, R-IN, Mike Coffman, R-CO, and others.

How the Legislation Developed
This new legislation developed while the nation was responding to the attack in Florida, which was a catalyst for passage; however, the authors of the STOP School Violence Act had begun work on the legislation well before that tragic event.

As originally introduced in the House in January, HR 4909 would have reconfigured the grant program to focus solely on violence prevention training and anonymous threat reporting systems, while S 2495 includes a broader array of grant uses that included security technology and equipment – a key difference.

Facility security is an essential component of any comprehensive school safety strategy and can be critical when other violence prevention efforts fail. Nearly 40 organizations, including NSCA, officially endorsed the bill when it was introduced by Senator Orrin Hatch, R-UT.

Ultimately, the House amended its bill to also include facility security measures as it passed that chamber. The final version enacted in the Consolidated Appropriations Act represents a compromise between the House and Senate approaches, standing up two different programs under a $100 million annual authorization. And, unlike many federal programs that are authorized but not funded, full funding is likely at least in the near term because appropriators offset the additional cost mostly by redirecting funds from the Comprehensive School Safety Initiative (CSSI), a controversial research program that was already built into the budget baseline.

PASS: (Partner Alliance for Safer Schools K-12)
Congress wanted to ensure accountability in the program to make sure that taxpayer dollars are spent to support effective programs, technology, and equipment. The “evidence-based” requirement is defined differently for training programs and other social interventions vs. technology and equipment. Best practices and guidelines were developed by PASS, which was co-founded by NSCA and SIA to support the nationwide use of best practices to ensure the most effective use of limited resources for security.

NSCA and SIA collaborated with partnering organizations, including the Sandy Hook Advisory Commission and the Indiana School Safety Guidelines, and 12 states so far have established guidelines or set standards – and many others are working to do the same. Several states have passed legislation requiring a comprehensive safety plan to be put in place by the start of the 2019 school year and are using PASS guidelines to expedite that process.

The new funding will support implementation of technology, such as emergency communications systems, video surveillance, campus access and classroom entrance control technology, fortified entrances, law enforcement training, and other measures. It also prioritizes funding for public schools, although private schools could benefit through sub-grants to other types of organizations.

NSCA is very proud to be part of this effort, which will lead to safer schools through the effective and appropriate use of technology. This funding will close those gaps.