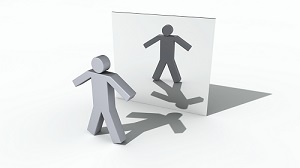 Bottom Line: A CEO’s character can change a company’s culture, the way it operates, and its performance.

Finally, we have conclusive proof that corporate culture not only affects a firm’s reputation, but it also shows up on the bottom line. Organizational culture first emerged as a business concept in the late 1970s, when analysts and researchers began exploring how the tenets and values espoused by top managers could be shared by employees and have a real impact on a company’s operations.

But despite widespread interest in culture and performance, it’s remarkable how few studies have empirically explored the connection. One prominent study from 1990 even asserted that such a link “has not been—and may well never be—empirically demonstrated.” And as recently as 2013, researchers were still lamenting that “although the theoretical literature on organizational culture is replete with discussions of the influence the founder and upper management have on an organization’s culture, empirical studies of that relationship are hard to find.” Plenty of ties have been identified between culture and subjective metrics such as employee attitudes, but the correlation between a firm’s core beliefs and objective, company-level outcomes has remained unclear, until now.

In a new study, Stanford University’s Charles A. O’Reilly III and his colleagues found that an organization’s culture tends to reflect the personality of its CEO and has a significant impact on firm-wide performance. Indeed, certain personality types are associated with a wide variety of positive outcomes, a finding that provides insights into how a CEO’s persona can rub off on subordinates and, in turn, enhance a firm’s status and prosperity.

The authors collected data from more than 1,000 employees who worked at large, publicly traded high-tech firms. The participants took a 54-question survey, describing their firm’s culture and the characteristics and disposition of their CEO. The authors focused on the tech segment, but the qualities prioritized by these companies—forward thinking, innovation, and cooperation, for example—should be highly applicable to firms in other industries as well.

One of the drawbacks of previous analyses of organizational culture has been their reliance on a narrowly defined metric to measure a firm’s performance. In contrast, O’Reilly et al. assessed company performance across five different dimensions. Over a recent three-year period, they tracked firms’ revenue; compared their accounting and stock market value; used Fortune magazine’s “World’s Most Admired Companies” rankings to gauge their reputation; analyzed employees’ ratings of the companies on the website Glassdoor; and examined analysts’ recommendations about whether to buy or dump the firms’ stocks.

Many of the findings were predictable but powerful, backing up theorists’ beliefs that CEO personality, corporate culture, and firm behavior are strongly linked. For example, CEOs who displayed more openness—meaning they were curious, accepting of new ideas, and eager to think outside the box—engendered a corporate culture of being more adaptable to fast-moving events, willing to take risks, and inclined to experiment with the status quo. Likewise, conscientious CEOs who were disciplined and hardworking presided over an analytical culture that prized attention to detail and efficiency. Less-agreeable CEOs, prone to competitiveness and reluctant to compromise, were associated with a results-driven culture putting a premium on profitability.

There were also some unexpected results. The study showed that certain personality traits are likely to provoke an opposing reaction, rather than a complementary one. For example, one might expect to see a neurotic CEO presiding over a divisive workplace. But instead, employees of such chief executives reported high levels of collaboration, perhaps in an attempt to collectively offset their leader’s propensity for anxiety, defensiveness, and mood swings. And the authors found that extroverted CEOs, by nature outward-looking and publicity-conscious, were no more likely to encourage a culture geared toward keeping their customers satisfied than were other leaders.

On an organizational level, certain cultural traits were more likely than others to result in positive outcomes for the firm, especially if they were present in combination. For example, companies with a flexible and detail-oriented mind-set—presided over by adaptable, conscientious CEOs—were the most likely to see their revenue grow, probably because they possessed both the adaptability to jump on opportunities and the quality-control capabilities to quickly implement a new strategy. “In this way,” the authors write, “culture, acting as a social control system, can help with the execution of strategy.”

Firms with this particular blend of malleability and meticulousness also tended to rank higher on Fortune’s Most Admired list, get more positive evaluations from their employees, boast a higher market-to-book value, and receive better evaluations from stock analysts.

Indeed, there’s definitely evidence that investors are looking at firm culture carefully, and placing their bets accordingly. Analysts put a higher value on firms that had a market-driven culture and a commitment to listening to customers, the authors found, as well as companies with a track record of operating in a fair, ethical manner. Firms helmed by CEOs who ranked higher on openness and innovation were also highly valued by investors, suggesting they pay close attention to top executives’ personalities.

Palmquist, M. (March 19, 2015). A culture of personality. Pulled from www.strategy-business.com